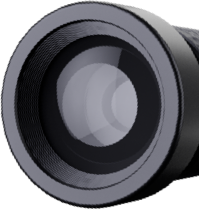 What’s Holding Us Back from a Robo-Fleet Truck Revolution

The necessity for GatedVision technology and the challenges that trucks, taxis, and other vehicles face in achieving complete vehicle autonomy

The driver has always been the “controller” of vehicles, and the largest OEM’s, vehicle manufacturers, and robo-taxi and tech companies have been raising capital and reinvesting to attain a level of autonomy that requires no human intervention when driving. The industry-known standard to achieve this is between level 3-5 autonomy. By level 5, the vehicle is able to execute steering, acceleration, deceleration, monitoring of the environment, and can handle dynamic driving tasks and modes on all roadways in any weather conditions, day and night.

Waymo, by Google's Alphabet, is currently showcasing level 4 autonomy in which a driver is not necessary, with other competitors on the road; Daimler,, TuSimple, Baidu, Volvo, Lyft, Tesla,  GM, and more are all currently testing driverless trucks and cars on the roads.

Trucking accounts for 43% of the world's logistics. Not only is it in the highest demand for jobs in the US, boasting over 15.5 million truck drivers, but the market fell short of roughly 70,000 drivers in 2021. It’s less known that drivers themselves account for over 60% of running costs, being limited to 8-10 hours per day of driving time, as going beyond this can cause fatigue and mistakes which contribute to the overall 500,000 accidents from long-haul trucks per year.

Meaning, the attainment of complete autonomy will have both the potential to significantly save lives, but also cause a ripple effect across the entire global supply chain which will decrease costs of goods and increase ROI.

Sensor technology is vital to vehicle perception, providing all information relevant to allow trucks to make pivotal decisions in driving; speed, breaking, and maneuvering. But most importantly, the technology that’s used to create vision suffers a severe gap, inhibiting vehicles from visually being aware and interacting with their surroundings at all times.

Generally, we are dealing with a regulatory environment that does not promote accelerated growth of AV’s across continents. Collaborations between OEM’s and technology companies are still in the process of maturing.

It’s not so noticeable, but trucks are fully loaded with different types of sensors to create perception into things like; the distance to other vehicles, the road lanes, signs, traffic lights, and object detection. Then, the data must be calculated to make decisions, which, in higher levels of autonomy, incorporates cloud computing, data transfer, and computation capabilities.

This ability to digitally visualize the road is attained with technologies such as LiDAR, radar, thermal imaging, regular RGB cameras, and GatedVision cameras - which we will discuss in more detail. Until then, we must understand the factors that are detrimental in the advancement of autonomous trucking fleets.

Seeking to attain 100% accident free results and round-the-clock deliveries, all of these points are crucial in dealing with unexpected edge cases.

The Road to Success

Taking all this into account, we spoke with Mr. Ilan Carmel, Sales Director of Bright Way Vision. Ilan highlighted these challenges and how Bright Way Vision’s new technology goes beyond the aforementioned, not as an alternative, but as a vital element of the sensor fusion autonomous suite.

VISDOM is an automotive gated camera system developed by Bright Way Vision (Israel), allowing imaging in any low visibility conditions and for long distances. The system is composed of a gated imaging camera synched with a pulsed illuminator. The way it works is through controlling the amount of light that’s emitted from the illuminators and adjusting the number of pulses, and the amount of light integrated by the sensor with ultra-fast shutter opening/closing. This way, the system creates slices from the scene while eliminating any visual disturbances.

What Differentiates the Gated Camera from Other Technologies

Taking a technical deep dive, Ilan mentioned that the advantage of VISDOM is that it provides complete vision visibility in any low visibility conditions. Due to the way the system illuminates the scene, coupled with the shutter opening, every desired object is evenly lit according to its range for increased clarity. VISDOM’s camera system is then capable of delivering clear imaging at ranges of up to 300 meters, enabling autonomous trucks enough time to make the correct decision.

Following this point, Ilan explained the value of having an extensive database of annotated images delivered with their system. Meaning, their customer’s AI algorithm can be fed thousands of objects, whether a dog, person, traffic sign, road lanes, trees, rocks,  and more.

“This technology is a game-changer,” says Ilan, “it is highly effective, and provides clear images in all weather or lighting conditions, allowing year-round, day and night vehicle perception. On top of this, GatedVision is able to remove visual clutter created by backscatter effect in reflection from particles. The camera is placed behind the windshield, protecting it from accumulating dirt, getting wet or frozen, or dust particles, and the illuminators can be integrated to the front headlamp system of the Truck.”

So it seems that life for the robo-fleet truck revolution is well on its way, but it can’t make it until trucks can safely operate autonomously in all weather conditions, from rain and snow to dense fog, day and night. This can only be achieved with GatedVision technology.

The Future of AVs Depends on Non-Stop Vision, Day & Night

Level 5 autonomy can never fully be implemented in fleets or taxis until vehicles are prepared to drive in any and all weather, especially at night